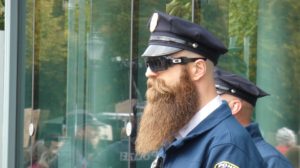 If there is anything in life which is important is safety. The BART is constantly improving and upgrading the security measures while providing efficient and reliable services. On 6th of August 2018, BART management uncovered a security and a safety plan that had a number of proposals, which included the employees and police listed on the system. The BART has so far installed 4000 cameras to ensure security and safety is maintained at high level. The following are tips released by the BART management that every rider should familiarize themselves with.
B.A.R.T has a watch app that lets the rider send a private message to the B.A.R.T police dispatch.
The B.A.R.T has dispatch police number which is received directly by the unit in charge. The number is 510 464 7000.
The rider should always know the train number boarded.
Hold well all your variables anytime you are waiting for the train
In case someone tries to rob you your belongings, don’t try to risk your safety by fighting back, it is not worth it.
Avoid being distracted.
Avoid sleeping on board train cars.
Beware o f pickpockets which are very common in crowed places.

In case of a crime a witness statement might be needed in order for the B.A.R.T police to make an arrest if the police was not present at the time of the crime. The police will require you to explain and sign a form of the criminal behavior witnessed.

Riders can report or call for assistance by using the courtesy phones which are found inside the station. The phones are in the paid and free area at concourse area of every station. In addition, there is one pay phone in the free area where you can call 9 11 for free. A call made from pay phones at San Francisco connects to B.A.R.T police dispatch.

One of the problems that the system faces is the electronic theft. Riders are encouraged to take care of the surroundings while waiting for the train. Secure you devices when approaching stops. The devices should be down and eyes up.

Are you living in San Fransico City, California and travel a lot in BART, read about the history of BART (Bay Area Rapid Transit) in detail.